Hi Elizabeth, thanks for inviting me! I'm an Australian author of historical romances. My stories are usually set in my favourite eras, both in Australia and England. I've been interested in history all my life, so much so that I’ve been working as an historian for the last seven years.  Recently Steam eReads published my first historical novel, The Persuasion of Miss Jane Brody, after it was a prize winner in their 2013 ‘Some Like it Hot’ Romantic Fiction Competition.

Q:  Can you tell our readers a little about your writing? What genres do you enjoy writing?
A: I write historical romance, usually set in the Regency period, but my latest two are set in the 1920s and in Anglo-Saxon England.

Q:  Do you write on a schedule or when the Muse decides?
A: I try to write every weekday, usually while commuting by train to work. Other than that I write on school holidays when I’m home spending time with my daughter.

Q: Can you tell us about your writing process, for example, do you write an outline first?
A: I write an outline so I know where I’m heading, but it’s not scene by scene – more like: chapter by chapter – deciding what each will do for the plot and/or characterisation.

Q:  What qualities do you instill in your heroes?
A: They have to be strong, decisive and secure enough in their masculinity to be empathetic, caring and tender-hearted.

Q. Beach or countryside?
A: I love both. Walks along the beach or in the country are so relaxing and refreshing.

Q. Do you write about the places you know or prefer to take your readers to exotic places?
A: Generally I write about place I have visited – in England and Australia.

Q: Where do you get your inspiration?
A: My inspiration often comes from reading biography.
For my current work in progress, inspiration came from an entry in the Australian Dictionary of Biography.
These are only starting points, but they get me thinking about how someone in a certain set of circumstances would react or whether a different outcome for their life might have been possible. I give my character that different life – with a happy ending – of course!

Q: Would you change anything in your life to make writing easier.
A: Not working full-time would make finding the time for writing easier… but isn’t likely to happen any time soon!

Q: We have all suffered submission rejections. How do you cope? Do you have any advice to other writers on coping with rejection?
A: Yep, one can’t be a writer without receiving rejections It’s a disappointment to receive one, but it’s also a sign that maybe that publisher wasn’t the right one for the story, or that something needs strengthening in what I’ve written. If comments have been given, I read them, put them down for a while to get over the disappointment, then come back to them with fresh eyes later to consider the suggestions and either make the changes or even dismiss some of them. It’s important to move on to the next submission. With each rejection, you’re learning something either about your story or that particular publisher and what they’re after.

Q: Do you write one novel at a time or do you move between works in progress?
A: Usually I write one novel at a time so I can submerge myself in it, but I have been known to start another story when I get a great idea and I’ll write the premise, synopsis, first chapter and book outline. Then I have to decide whether to keep going with the new story or go back to the first.

Q: Do you have times when the Muse is away on holiday?
A: Oh yes! Then it’s a matter of just keeping going. She will come back unless I’ve got so far up a dry gully I need to go back and seriously rethink the plot or conflict.

Q. What motivates you to write?
A: Wanting to tell the story and to write something I would want to read.

Q. What advice would you give to unpublished authors approaching an e publisher?
A: Same as for a print publisher – polish your manuscript, have it critiqued or evaluated – make sure it’s the best you can make it and then send it and get on with the next project.

Q: Can you tell us a little about your current novel? What inspired you to write this story?
A: Sure.  Inspiration for my recent novel, The Persuasion of Miss Jane Brody, came from reading about the life and writings of Mary Wollstonecraft and asking ‘how would a supporter of her views cope with falling in love?’
That someone was my heroine, Jane Brody, a member of an educated and intellectual family, who not only absorbed Wollstonecraft’s views but advocated them as well.  Jane is an intelligent woman who wants to lead a purposeful life and be treated as an equal by men. She thinks that marriage and motherhood robbed her mother of many things and ultimately, her life. She doesn’t want to marry – ever – for fear that she will lose the things she values. What she doesn’t realize is that LOVE was the reason for her mother’s choice to marry and to have all those children, and that it is a powerful motivation. Like Wollstonecraft, she falls in love and in doing so tries to find a way to retain her principles while committing to her love. Jonathan Everslie, Marquis of Dalton, knows he has to marry soon but can’t quite commit to marrying one of the facile young women he meets. Then he meets Jane…

Blurb: Jonathan Everslie, Marquis of Dalton, knows he must marry soon to provide an heir who can take care of his large family. His Aunt has already written a list of suitable ladies for Jonathan’s attention. Miss Jane Brody, daughter of a clergyman, is not on that list. As a member of an educated and intellectual family, who advocates the rights of women, Jane struggles to retain her principles as she finds herself falling for Jonathan.
Excerpt:
Prologue
Grosvenor Square, London, August 1817

The door to his library opened abruptly and swung back on its hinges crashing into the bookshelves behind. An erect, grey haired lady dressed in the latest Parisian fashion marched into the room and stood before him as he sat behind his oak desk, bathed in early afternoon sunshine Jonathan Everslie, Marquis of Dalton, gave her his full attention as she wanted and smiled in amused anticipation.
Without hesitation she launched the frontal attack he knew was coming.
“You must marry, Dalton, you must!” Lady Lucinda Mulgrave was emphatic. “You have a large family of dependent aunts and cousins and there is no heir to follow you. Do you want them thrown out on the streets when you die?”
“I must have an heir somewhere Aunt Lucinda. It only stands to reason. If I were to expire, I’m sure he would be found.” The new Marquis of Dalton attempted to calm her with logic. “And would look after his dependents,” he added as an afterthought.
The elderly lady raised her chin and stared down her aquiline nose at her nephew, her mouth set in a disapproving line. “There may be a cousin in New South Wales from my youngest brother who was sent there in exile - but his mother could be a convict for all we know. It is your duty to marry and beget an heir, and soon.”
“Let me be clear. I know it is my duty to marry, and soon, Aunt Lucinda, but I won’t marry anyone I consider unsuitable.”
Doggedly, Lady Mulgrave ploughed on with her lecture. “This is not the time to be fastidious. There are myriad young ladies every Season, more than suitable for the task – with impeccable backgrounds and some with money to match.”
The Marquis was placating. “And I will consider them. However, the Season doesn’t begin for another seven months, so this conversation is premature.”
“Nonsense, there are many families with eligible daughters whom you could visit, or invite to stay at Everslie in the meantime.”
“And how do you suggest I do that?”
“You have your secretary write invitations and send them, Jonathan.” She glared at him.
“How do I know who these candidates are?”
“I have a list already written.” She produced it with a flourish and laid it in front of him on his desk. “I expect to be presiding over a house party for these ladies and their families at Everslie by Christmas.”
Having delivered her message and assuming agreement, Lady Mulgrave nodded to her nephew in conclusion and sailed from his presence.
In frustration, the Marquis ran his long fingers through his hair, pushing the short brown curls from his forehead. He picked up the list and cast a knowing eye down its length. He had met them all and been bored to the point of irritation by their simpering ways. He groaned then crumpled the paper into a ball and threw it into the empty fire grate.
“Stevens!” His man of business arrived quickly. “Send to the stables for Nate to saddle my horse. I’m going out for a ride. I believe we have concluded today’s business.”
“Yes, we have my lord, but have you forgotten that you promised to take your sister to a lecture this afternoon, as Lady Mulgrave is unavailable?”
Vexed at the impediment to his escape, he sank back into his chair behind the desk. “Ah, yes, I do remember. We shall be gone for the afternoon. Thank you Stevens, continue with your work.” He changed his mind. “No – send word to my solicitor that I shall see him tomorrow morning.”
“May I tell him what it concerns, my lord?”
“Yes, I wish to trace the whereabouts of my uncle in Australia, or his family, should he have met his maker.”
Stevens nodded compliance and left to follow the Marquis’ orders.
Alone again, Dalton sank into a reverie about the onerous obligations that befall those who inherit titles – that of producing heirs for the benefit of their families. Of course, he mused, it shouldn’t be an onerous task to find a wife and create a family - it should be a pleasurable duty. Why wasn’t it turning out that way? 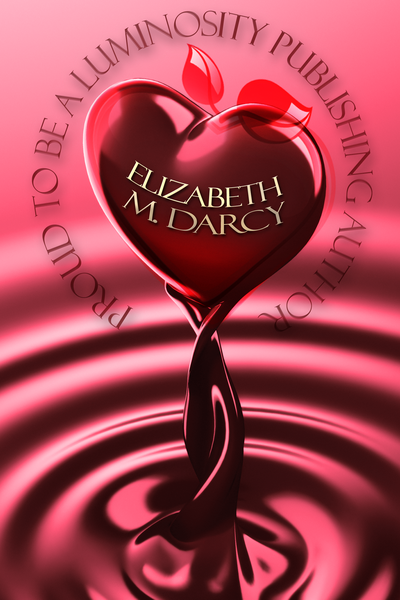 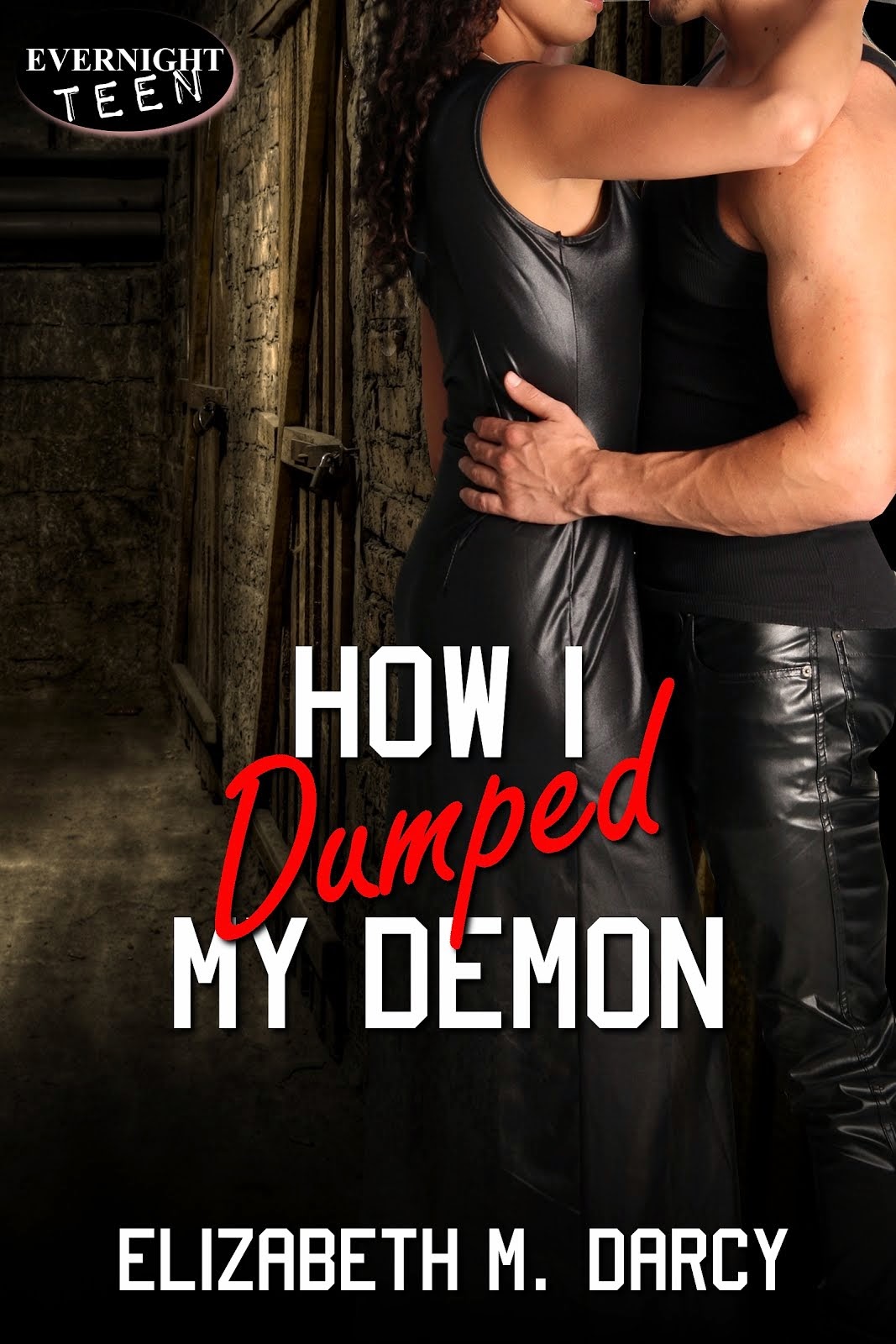 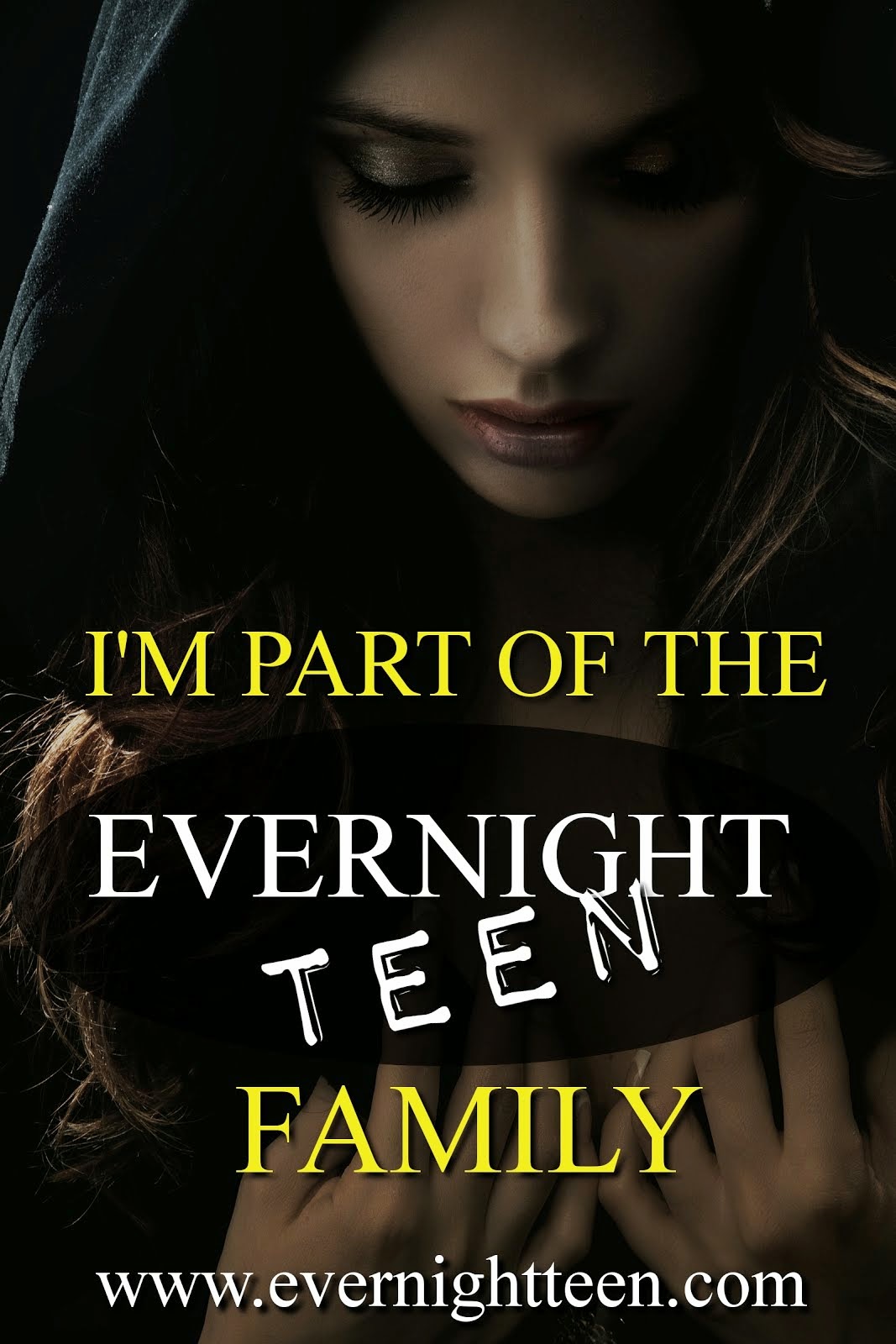 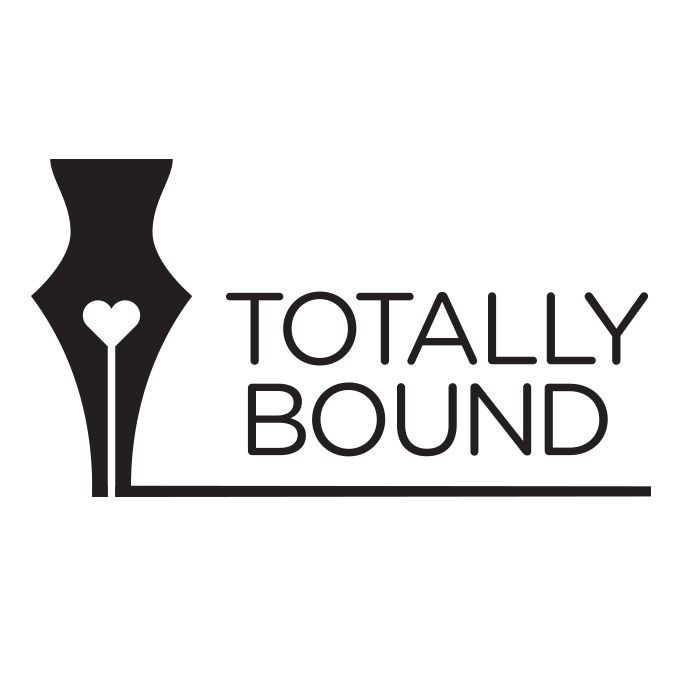 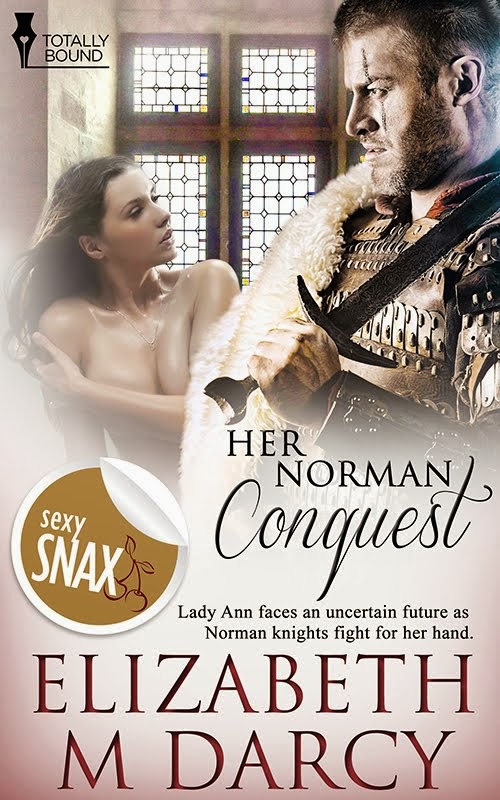 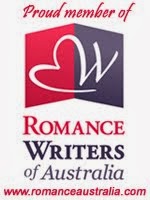 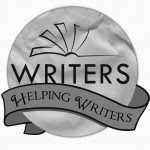 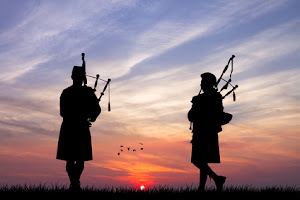 Her Norman Conquest from Totally Bound 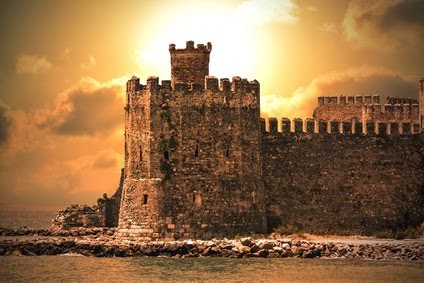 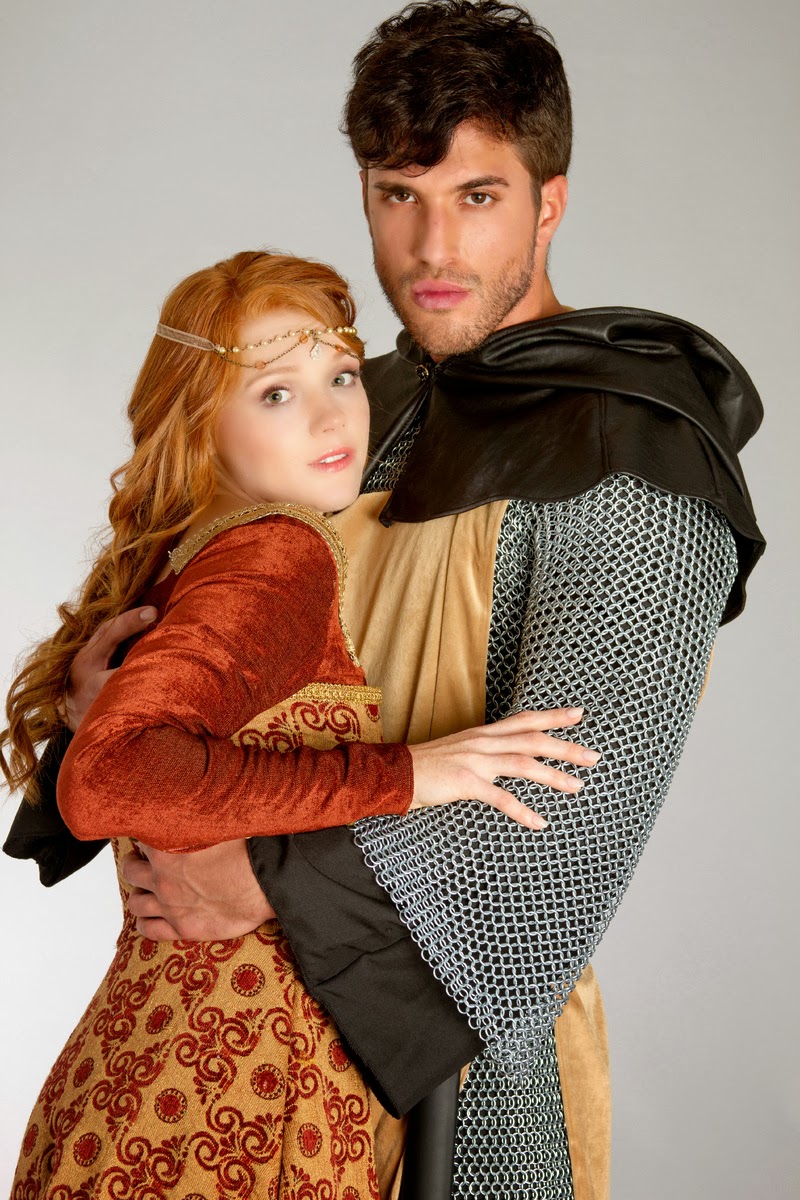 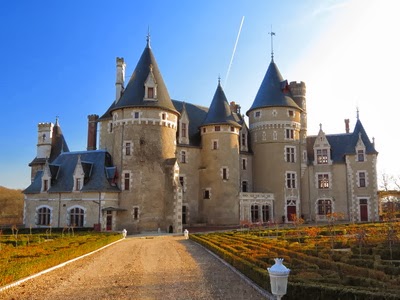